skip to main | skip to sidebar

I first encountered the Ken Fox troupe back in 2009 and was astonished by the skill and showmanship of the riders of this particular wall of death. The wall of death has a long line of history going back to the twenties in England and Ken’s team still perform their skills upon machines from this time. As the riders flash past the audience at great speed, you seem to witness a show from a previous era, an era without the trappings of this modern changing world!
I set out to preserve this way of life with photography, it was important for me from the start to document the Fox family with an undirected approach, and preferably with film. However the latter proved impossible for me due to the cost. To overcome this problem and to keep this project genuine. I photographed this entire project without
shots being set up, no lighting and with minimum post editing. When you look through the pages of books and magazines that are produced in this now digital world you sometimes have difficulty deciding if the imagery before your eyes is real. The daring performances of the 21 century hell riders are real and are performed in front of many disbelieving eyes whenever they ride. This project concludes displaying their pride and commitment within the imagery of this book.
This biographical sketch is a brief glimpse into their world, and was shot over a period of nearly two years. During my time spent with Ken, his wife Julie and their family, I have witnessed the amazing spectacle that is………

THE WALL OF DEATH .
If you would like a copy of this book priced here at £10.00 please go to the BUY NOW button, or send a cheque for £12.00 if you live in the UK and want it posted out. payable to Gary margerum. and send to, 18 ladycroft way farnborough kent br6 7by, don't forget to put your address on! for return post.
sorry for the charge but the books are quite weighty and the good old post office charges £2.
Please note for orders outside the uk please contact me via e mail for postage price. 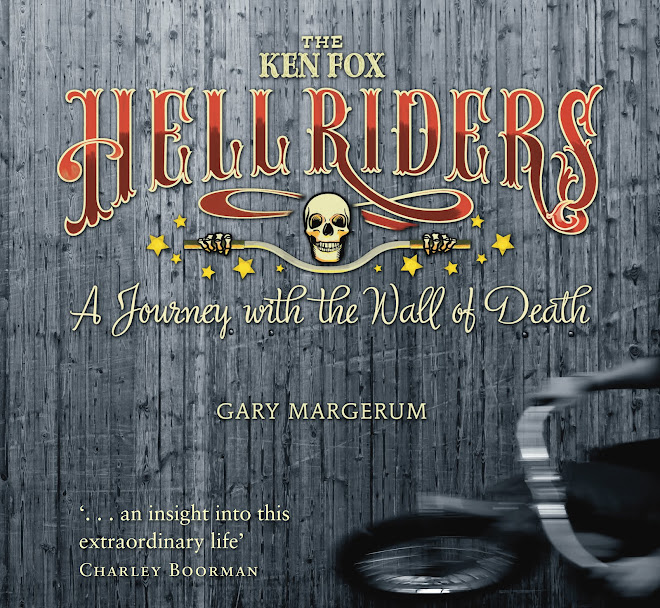 All the images have been reproduced for this publication.

If you would like an original print please contact me.
Prints will be dispatched from one of the leading printers in England.
There’s nothing like the original printed on high quality paper.
All images will be limited to ensure exclusivity.
Please contact me regarding image selection and print size etc. 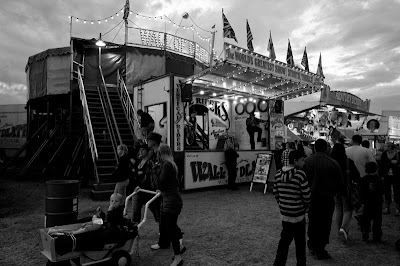 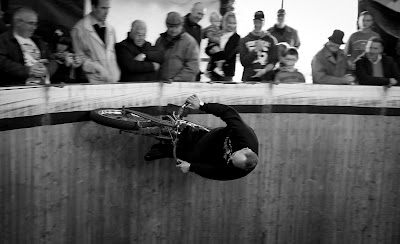 From small beginnings this annual event has become one of the favoured places for those interested in how people lived, worked and played in bygone years and it is now widely recognised as "THE" National Heritage Show as well as being regarded as the leading show of its type in the World. The spectacle covers an enormous showground, at over 600 acres being one of Europe's largest outdoor event locations. 2011 will see the show in its 43rd year.

31st august-4th september.
Posted by Gary margerum at 06:35 No comments:

Gary margerum
ALL IMAGES ARE PROTECTED BY COPYRIGHT. For web please see profile. 07794009958

View my complete profile
The Ken Fox wall of death will be a year in the life of one of the last traveling shows in europe,capturing is life with photography. The highs and lows of running this great show,and the people and friends who also love the show when it rolls into town, to the professionalisam and showman ship of ken and his team. This project has really just stared the images that i have posted are just the start,and will be following the wall of death though 2010/2011. I will be looking to publish this commission once finished, so more images to follow.So if the shows in town don't miss out, come and see us,if you can contribute or help us in any way with this project(sponsorship,publishing,advertising etc)please come and see me at any of the future events. See web. (wall of death/ken fox) for dates. Or alternatively email. garymargerum@gmail.com thanks for looking.cheers gary............